Beach 19 is said to be Europe's largest gay beach

With dunes rising up from the sea to sandstone cliffs in the distance, this is largely considered Europe’s most beautiful (and largest) gay beach. 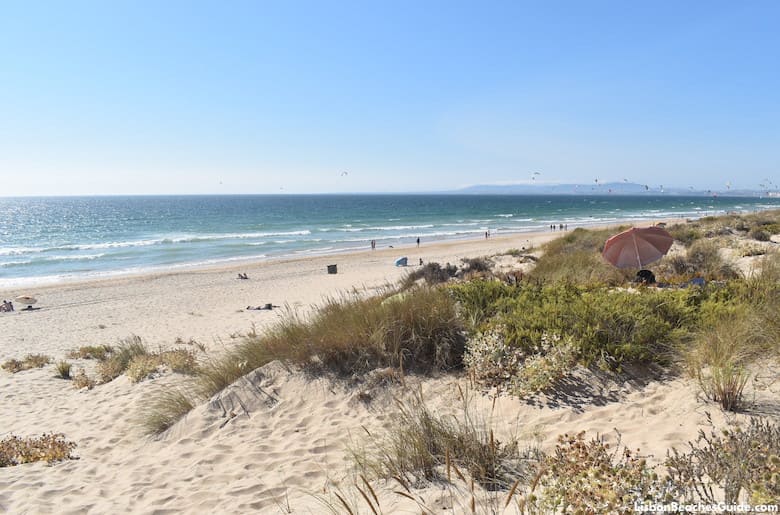 Beach 19 is an official nude beach

It’s been known as a “gay beach” since the 1990s, but it’s been attracting gay men since the 1980s, when this stretch of the Caparica coast became a secluded beach where nude sunbathing was tolerated (it was declared an official nude beach in 1995). 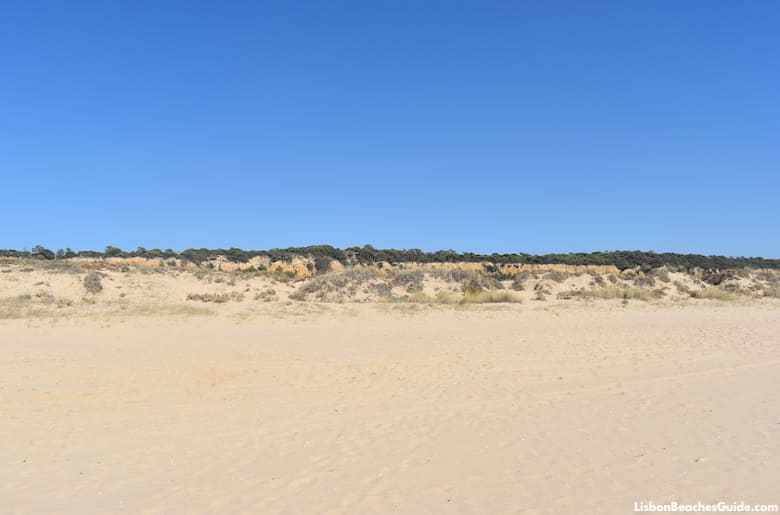 The seclusion has a price -- there are no facilities of any kind -- for bathrooms and places to eat you have to walk for about 10-to-20 minutes to the north or south. This is a protected area, so development is restricted, meaning you shouldn’t expect to ever find a Mykonos-type club or hotels. 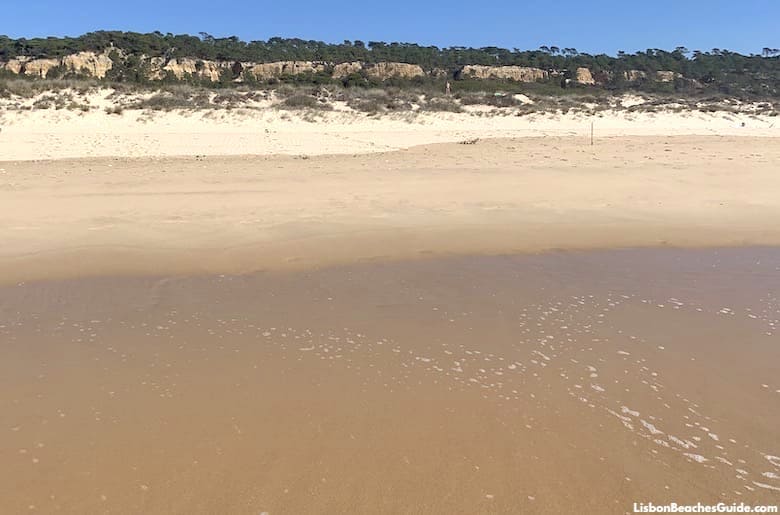 The name derives from the number signposted by the train tracks behind it, indicating the stop of the tourist train that connects the beaches of Costa da Caparica from June to September. 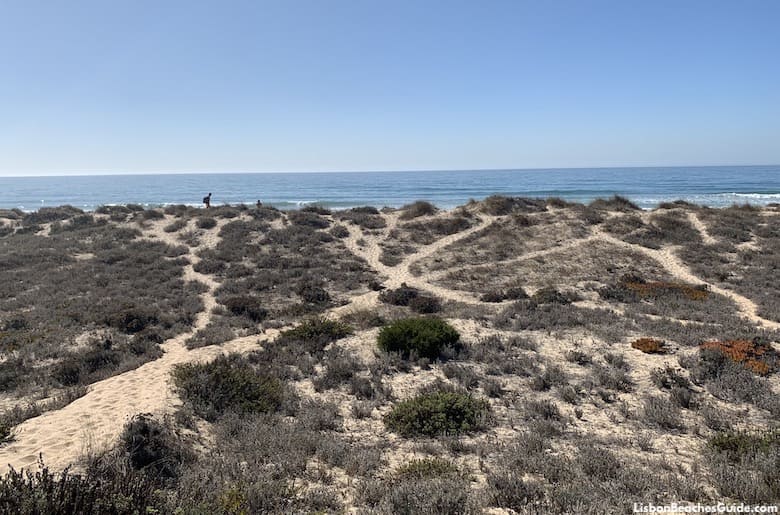 The crowds are quite cosmopolitan, with men of all ages from different parts of the world cruising around the dunes. 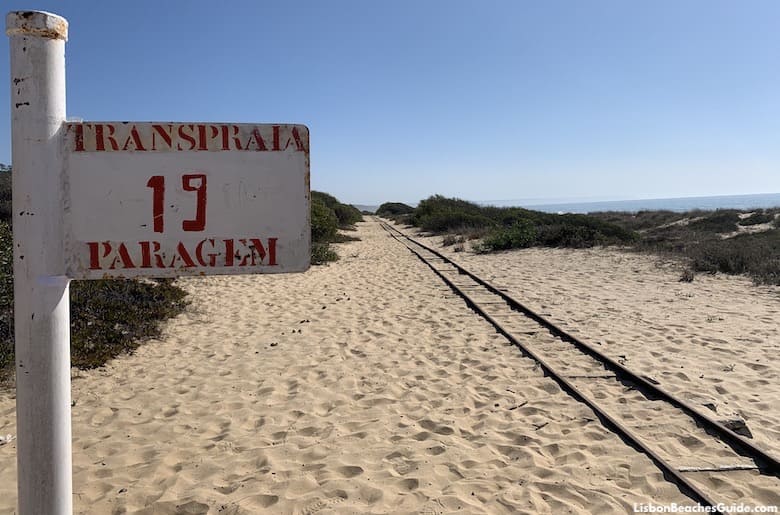 
Most people arrive by car (crossing 25 de Abril Bridge from Lisbon and then following the signs to Caparica or “Praias”), but if you’re relying on public transportation, there are buses from Lisbon and Cacilhas to Costa da Caparica, where you can hop on the Transpraia tourist train (your stop is, as indicated above, number 19). For complete details, see the guide to how to go from Lisbon to Costa da Caparica by bus.
Alternatively, take a bus from Cacilhas to the beach of Fonte da Telha, and walk north from there (to the right when facing the sea; you reach beach 19 about fifteen minutes later -- you know you’ve arrived by the number of men in their birthday suits).


There are no hotels on or around Beach 19, but if you want to spend a few days at this beach, you can stay at one of the hotels up the coast in Caparica town, and take the tourist train. The most recommended hotel is Tryp Lisboa Caparica Mar, but you may take a look at other options on the Costa da Caparica beaches guide.
For more of a resort experience, consider the Aroeira Sea & Golf Resort, which is just 2km from Fonte da Telha.