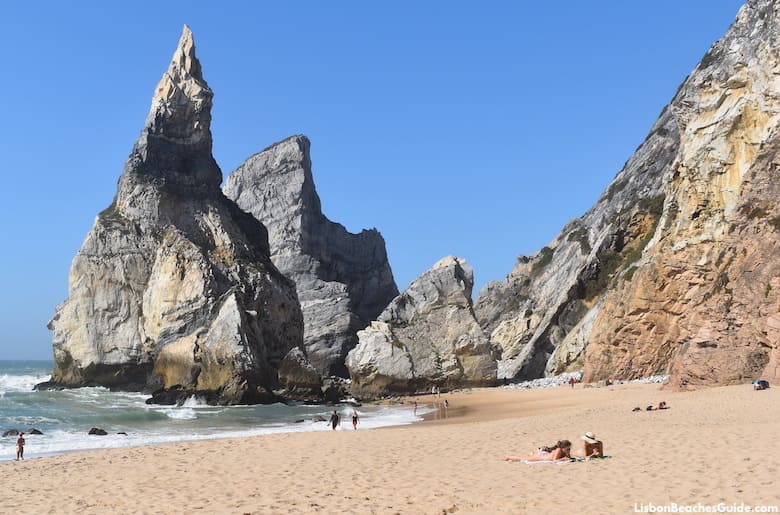 Sintra is better known for its fairytale palaces, but its rugged coastline (which partly lies within the protected Sintra-Cascais Nature Park) also has extraordinarily beautiful beaches. Unlike Cascais, whose beaches face south, Sintra faces west, so its beaches tend to be windier, and the average water temperature is just over 15 degrees celsius (59F), but they’re very clean and with good surfing waves.

Their main attraction, however, is the wild and dramatic natural scenery, formed by precipitous cliffs, jagged rocks, and crescent-shaped bays. The most stunning examples are the beaches of Ursa and Adraga, which have grown in popularity but remain nearly devoid of crowds.
For a preview of Sintra’s beaches, take a look at the video of the Eurodance hit “Amazing” by Inna, which almost looks like a tourism ad for the region.

How to Get to the Beaches in Sintra


If you’re staying in Lisbon, it’s better to rent a car, as most beaches are served by rather infrequent buses departing from Sintra. To know how to reach them, and for more details (and photos), see the beach guides below (if you have purchased the Lisboa Card, you may ride the train from Lisbon to Sintra for free).