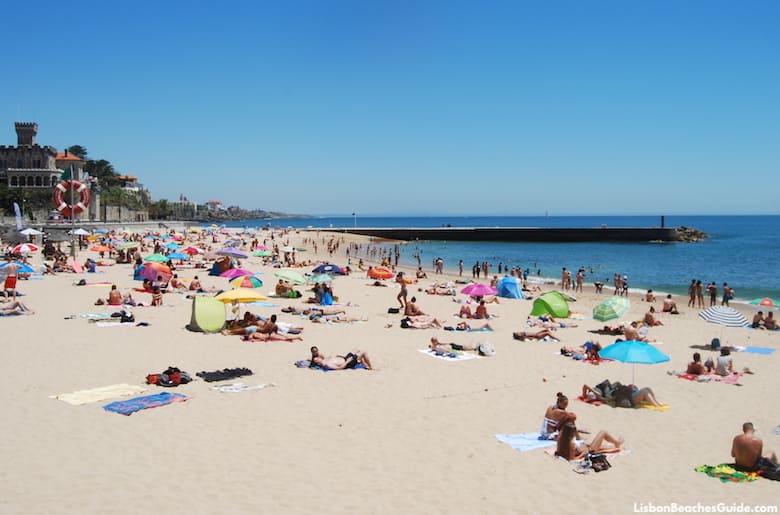 Tamariz is the most central and most popular beach in Estoril

Located on the Lisbon-Cascais coastline, Estoril was Portugal’s most famous resort area during WWII, when the country was neutral and welcomed exiled royals and aristocrats from around Europe. It was a glamorous place, with the continent’s largest casino, which inspired Ian Fleming's James Bond character and novel “Casino Royale.” Grand hotels were built to accommodate the rich and the famous, and its Tamariz beach illustrated postcards and tourism brochures. That beach, overlooked by a castle that is said to have belonged to the royal family of Monaco, remains popular today, despite having lost the glamour of its golden era. 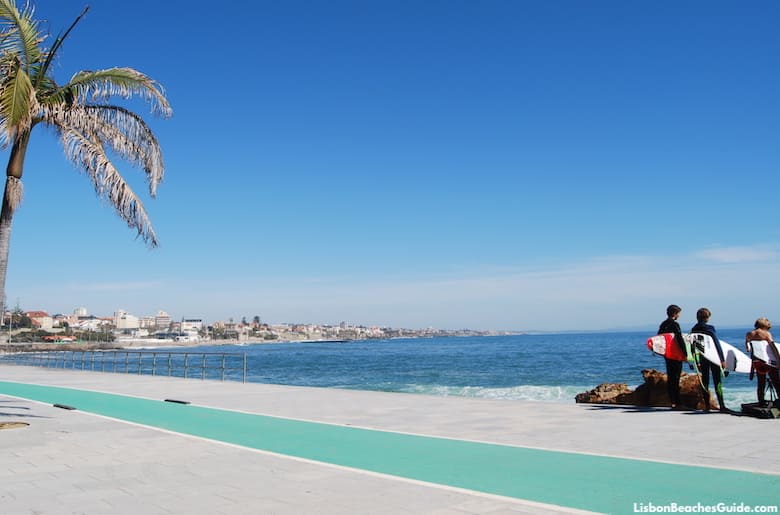 Estoril is a family-friendly destination

It’s within walking distance (following the promenade) of other fine beaches, all of them clean and supervised by lifeguards during the official bathing season.
These beaches of golden sand attract locals and sun-worshipping tourists, and are also good for children, as they’re sheltered from winds and the waters are usually calm. They have good facilities, including fitness equipment and plenty of spots for eating and drinking with a sea view.

How to Get to the Beaches in Estoril


Estoril is well connected to Lisbon and Cascais by a regular train service (every 20 minutes), but it’s also within walking distance of the beaches of Cascais, heading north along the promenade (it’s a pleasant 15-to-20-minute walk).
If you have purchased the Lisboa Card, you may ride the train for free.