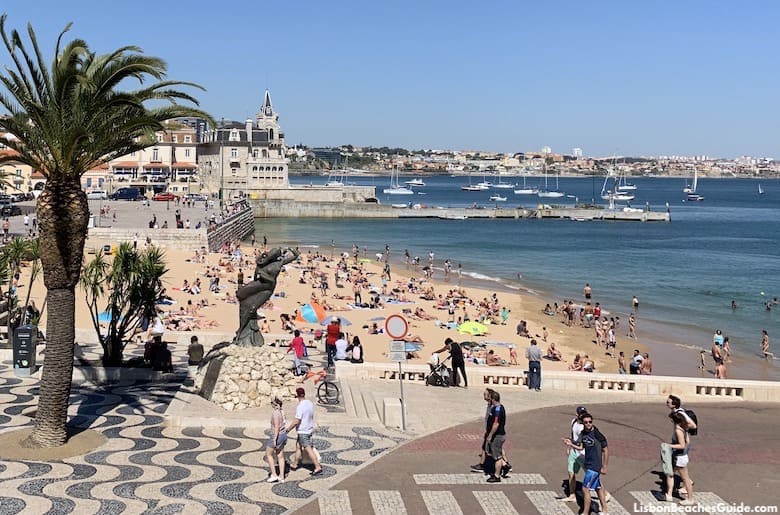 Located by the harbor on the bay of Cascais, across from Hotel Baía (see below) and the main town square (Praça 5 de Outubro), this small beach is also known as Praia dos Pescadores ("Fishermen's Beach"). It's one of the most photographed in the region, due to the flow of fishing boats (which are no longer pulled onto the sand) and to the landmark Seixas Palace (built in 1920 and now property of the Portuguese Navy). 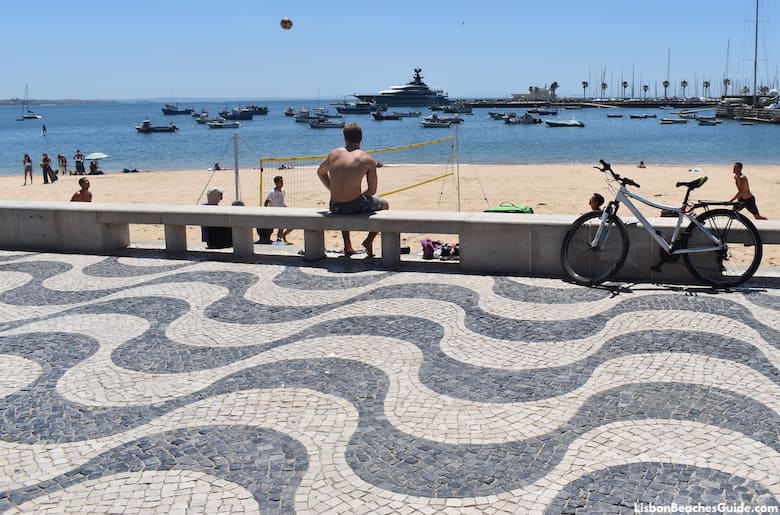 The volleyball net is an attraction throughout the year.

As there are bigger and better beaches nearby, this is mostly a beach for the many tourists who stay at the hotels nearby, and for locals who use the volleyball net throughout the year. 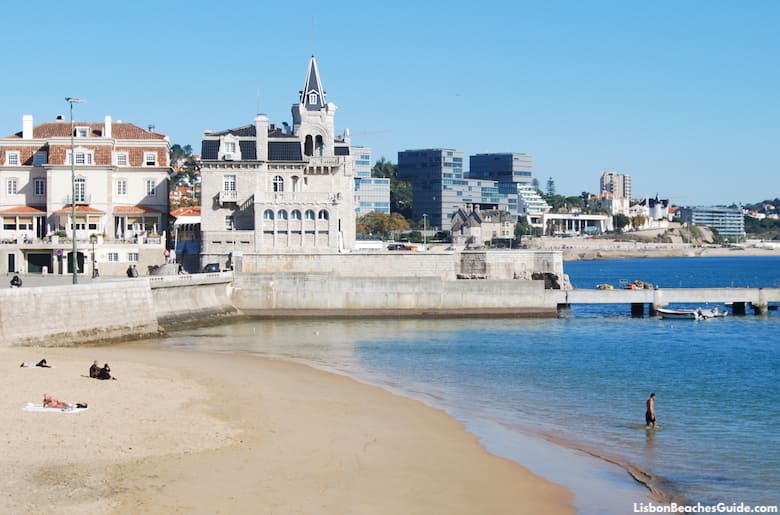 Leading to the beach is a wave-patterned cobblestone sidewalk that reminds many travelers of the beaches of Ipanema and Copacabana in Rio de Janeiro. That Portuguese design originated in Lisbon’s Rossio Square in the 1800s, and spread around Portugal and its colonies, becoming emblematic of Rio. 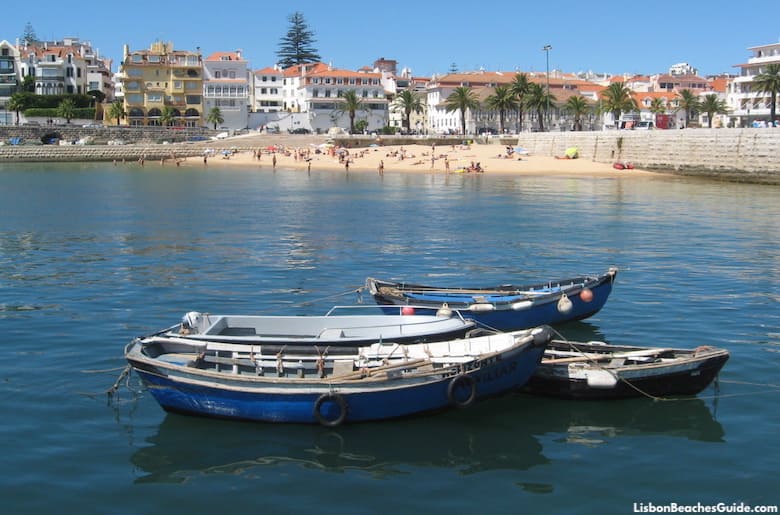 Praia da Ribeira is also known as Praia dos Pescadores ("Fishermen's Beach") due to the presence of fishing boats.

The water here is calm (ideal for children) and its quality is monitored, but, due to the presence of the fishing boats, swimming isn’t recommended outside the official bathing season. 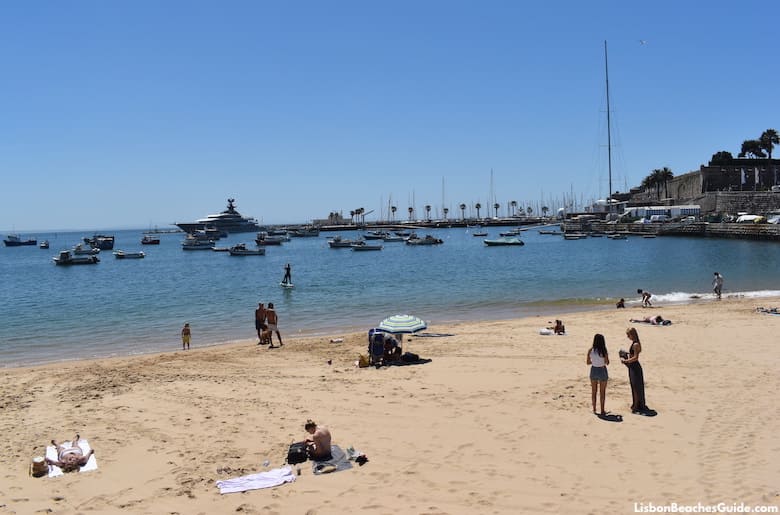 Beach for: Sports, Families/Children
Lifeguards: No
Bathrooms: No
Showers: No
Rentals: No
Bar or Restaurant: No
Accessible: No
Parking: Nearby
Transportation: Train from Lisbon

How to Get to Praia da Ribeira


To reach Praia da Ribeira from Lisbon, take the train from Cais do Sodré station. It departs every 20 minutes, and Cascais is the last stop (taking about 40 minutes). The beach is just a short 5-minute walk from the station.
If you have purchased the Lisboa Card, you may ride the train for free.


Just a few steps from this beach is the Cascais citadel, and a short walk from there you may visit several of the institutions that make up the “Museum Quarter.” Don’t miss the Condes de Castro Guimarães Museum and the Casa de Santa Maria, even if you just admire their palatial exteriors.

It’s one of the most romantic places to stay on the Cascais coast, standing on a cliff between two beaches, and a short walk from Praia da Ribeira. In addition to its classy interior, it has a terrace with pool overlooking the Atlantic. 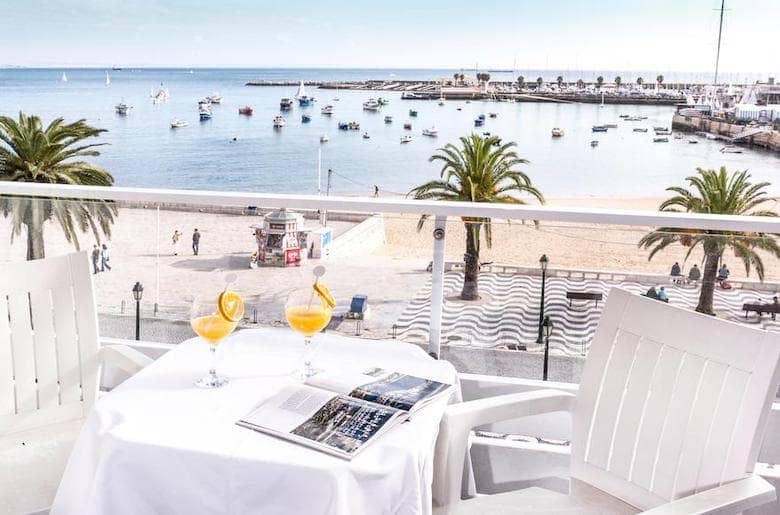 Facing Praia da Ribeira, this hotel is less luxurious than other beachfront hotels in town (it’s rated 3 stars), but the sea views are certainly worth five stars. It has a rooftop bar and rooms with balconies, most of them overlooking the beach. 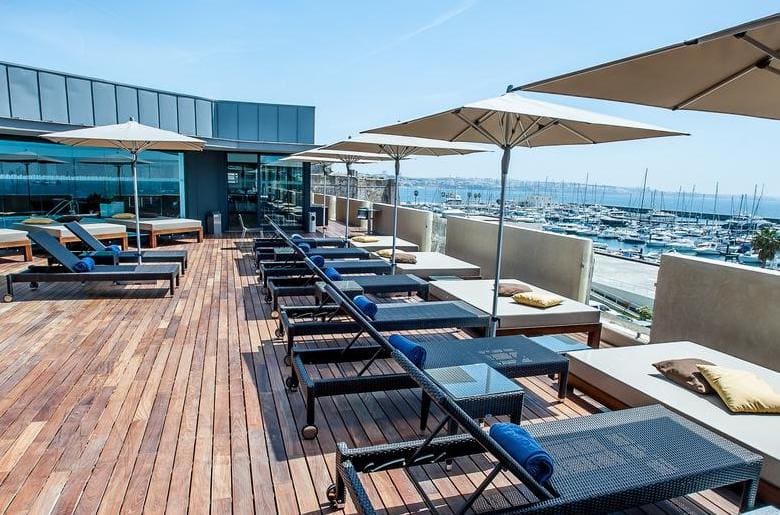 The 126 rooms and 18 suites of this hotel are part of a 16th-century fortress seen from Praia da Ribeira, but feature a contemporary décor. Some face the sea and the marina.