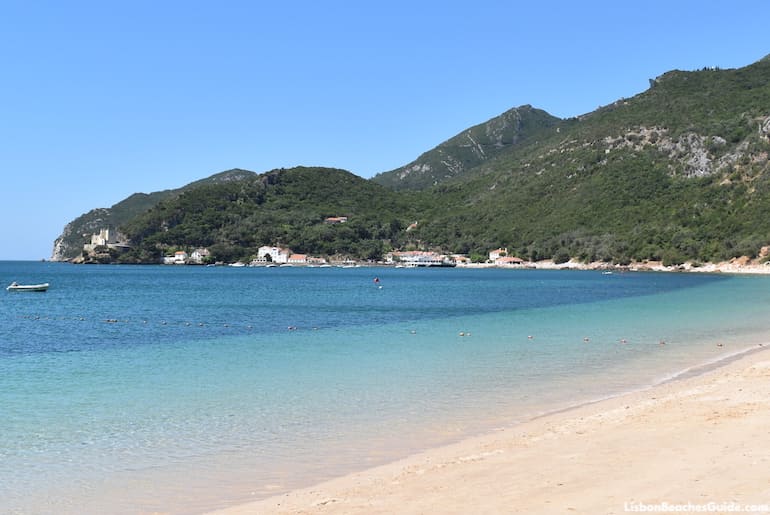 The calm waters of Praia do Creiro

The long stretch of sand to the east of Portinho da Arrábida (a tiny, picturesque port below the Arrábida Natural Park) is the most popular beach on the Arrábida coast. It has a large parking lot, attracting many people from Lisbon, while photos on social media have begun to bring tourists. It’s quite a beautiful beach that looks like an island somewhere in Southeast Asia -- you’re only reminded that you’re on the Atlantic by the temperature of the water, which is always cold but very calm and clear. It’s perfect for children, but also quite a romantic place for couples. 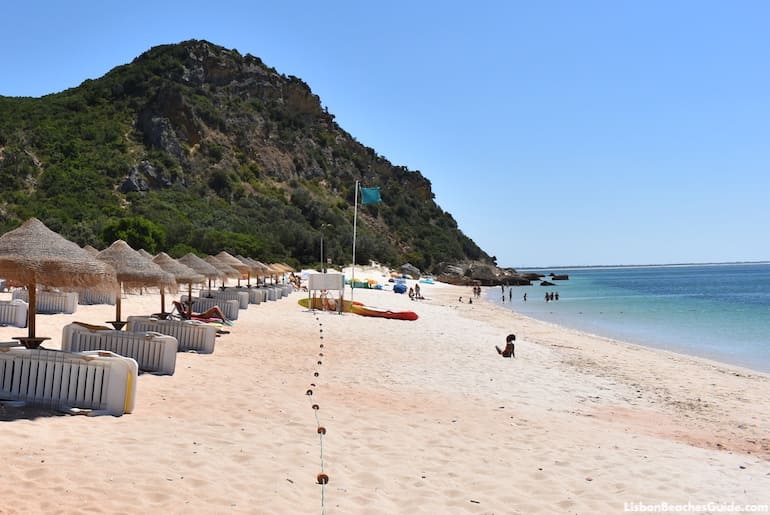 Wicker parasols and loungers are available for rent in the summer

On the eastern side (usually the less crowded) is a series of rocks and a tiny volcanic islet named Pedra da Anicha (“Anicha Rock”). There are a couple of cafés-restaurants facing this islet, but for fuller meals walk towards Portinho da Arrábida to the west, where there are two restaurants specializing in fresh fish and seafood. 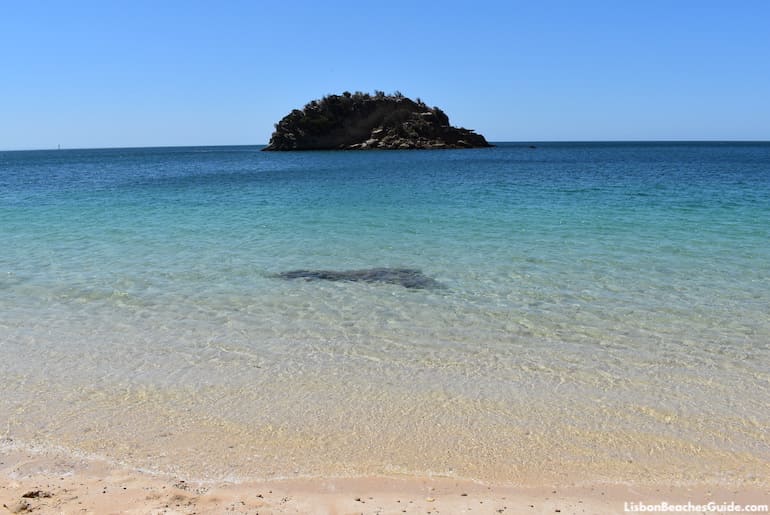 The Pedra da Anicha islet, seen from Praia do Creiro.

On the way from the parking lot, you’ll see a sign indicating the “Estação Arqueológica do Creiro,” an archaeological site that unearthed Roman ruins in 1987. Those date from the 1st century AD and were part of a fish salting complex and baths. 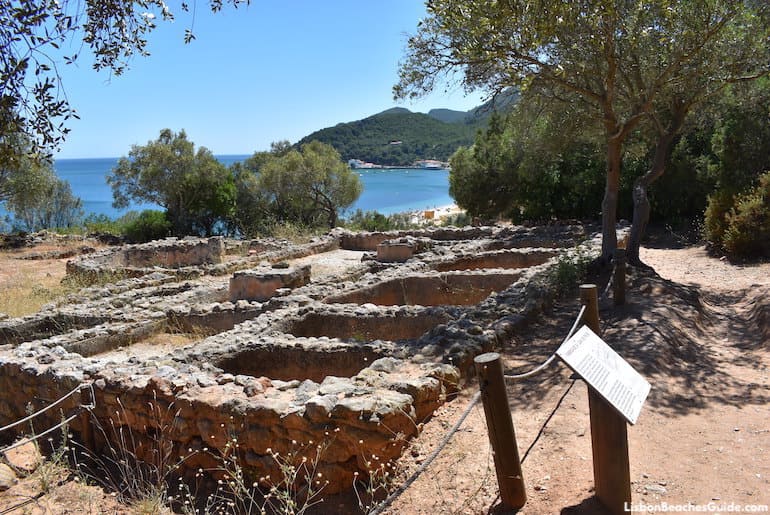 The Roman ruins above the beach

From this beach you can walk to three other beaches in the park (Praia dos Coelhos, Praia dos Galapinhos and Praia dos Galapos) -- just walk up the road from the parking lot for about 15 minutes. 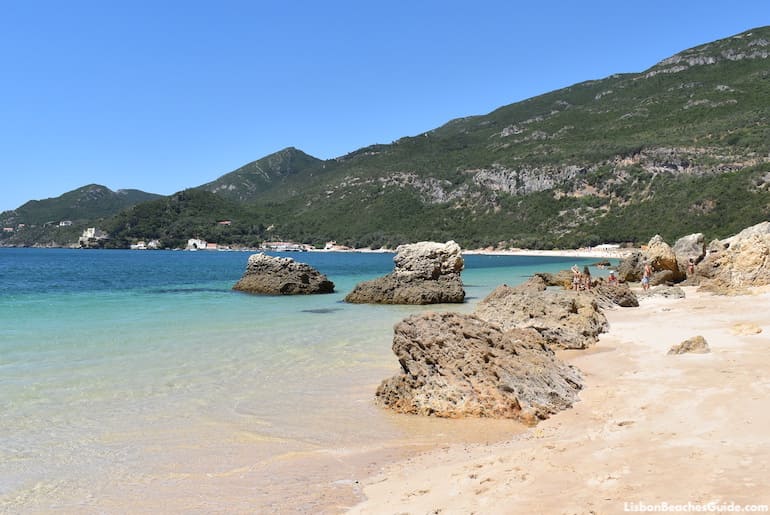 Rocks on the quieter eastern side of the beach


How to Get to Praia do Creiro Beach 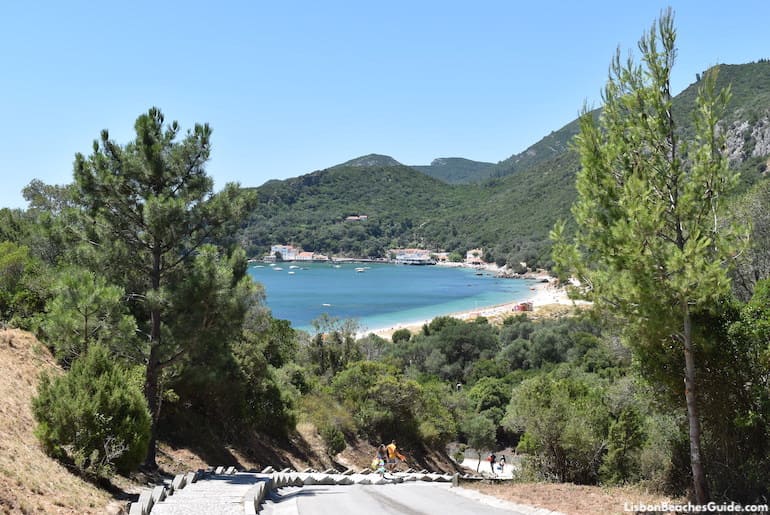 The descent from the parking lot to the beach

This beach has a large parking lot just a few feet from the sand, so most people choose to go by car. However, it’s not impossible to go by public transportation. From Lisbon, take the train or bus to the city of Setúbal, where there are buses to this and the other beaches of the park. For complete details, see the transportation information on the guide to Arrábida.


Hotels on Praia do Creiro Beach 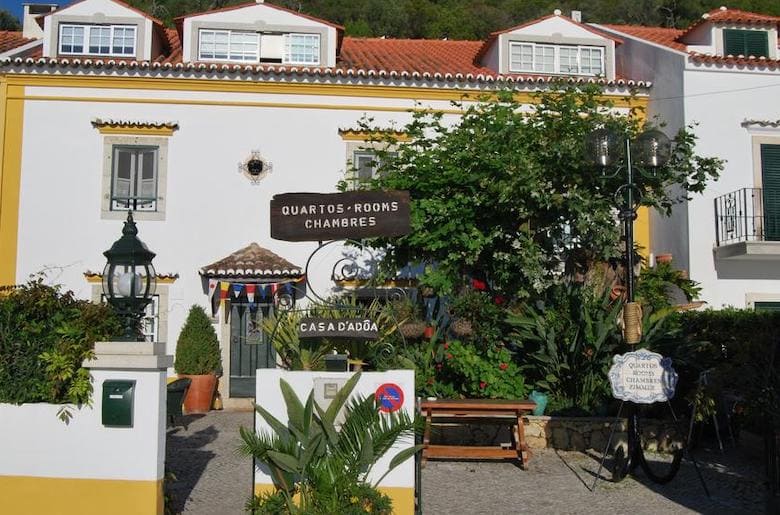 It’s not a hotel, it’s a family home that was turned into a bed and breakfast, and it’s the only place to stay in Portinho da Arrábida, by Praia do Creiro. The hosts are very accommodating, and the sea is right outside. It’s the perfect budget-friendly place to stay for a few days by the beaches of Arrábida, with classically-styled rooms, suites and apartments.