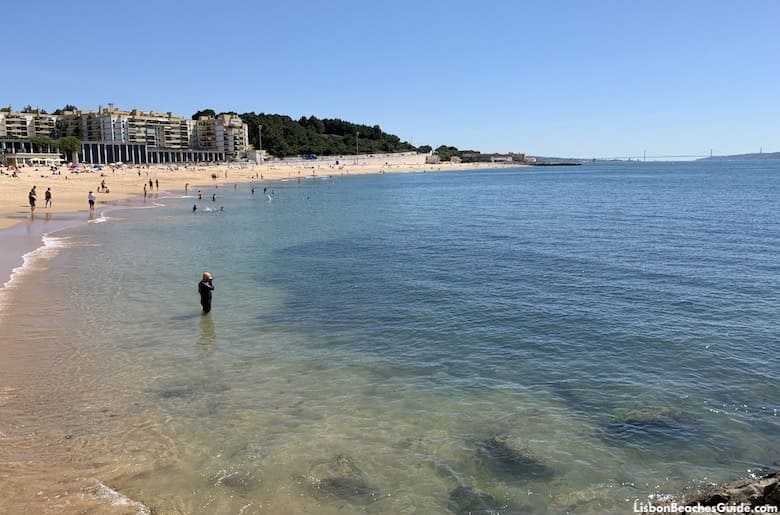 Stretching for 1km between the Oeiras marina and the São João das Maias Fort, this is the biggest beach in Oeiras, the suburb between Lisbon and Cascais. It’s mostly frequented by locals, but tourists may enjoy the views of 25 de Abril Bridge. 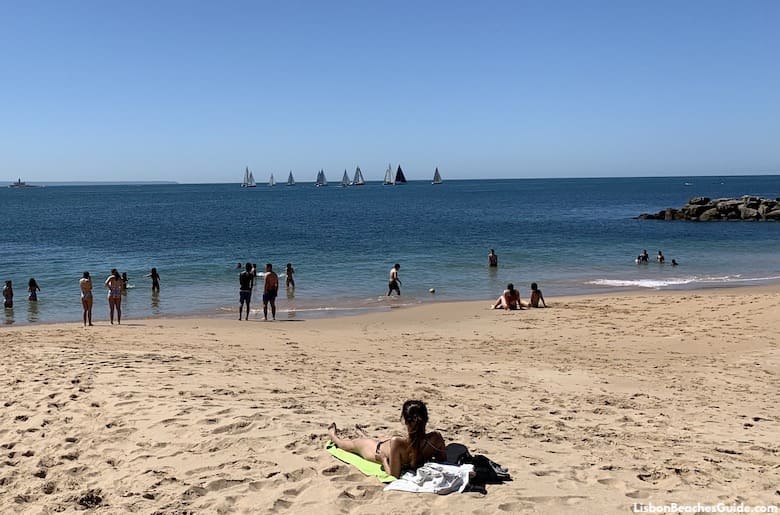 This beach is mostly frequented by locals

Faced by apartment buildings, across the road that links Lisbon to Cascais, this is very much an urban beach, so while there may be better and more beautiful beaches further down the coast, it’s one of the closest to the center of Lisbon and therefore quite convenient for a couple of hours in the sun. Its waters tend to be calmer than those of the more popular beach of Carcavelos nearby.
To the west, behind the marina, is the Piscina Oceânica de Oeiras, a large seawater swimming pool which is popular with local families, open from late May to mid-September. 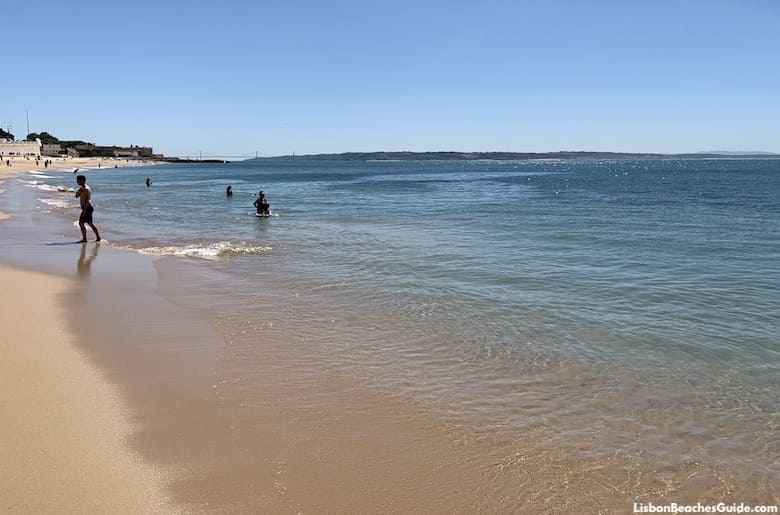 Santo Amaro de Oeiras is known as a family-friendly beach

The pentagonal São João das Maias Fort that overlooks the beach dates from 1644, and still bears the royal coat of arms above the main entrance. It protected Lisbon from pirates, with as many as 17 cannon, but also features a small chapel decorated with tiles, added in the 1700s. Unfortunately, it’s not open to the public.
The beach is also a popular destination on warmer nights, as it’s floodlit and locals go for a stroll down the promenade.

How to Get to Praia de Santo Amaro de Oeiras


Santo Amaro is one of the stops of the Cascais train that departs every 20 minutes from Lisbon’s Cais do Sodré station. It takes 22 minutes to reach from Cais do Sodré, but if you happen to catch it in Belém, you’re there in just 14 minutes. The beach is a 5-minute walk from the station. Use the underpass to cross the busy road.
If you have purchased the Lisboa Card, you may ride the train for free.


Another popular beach, Praia da Torre, is found about a 20-minute walk to the west, past the Oeiras marina. 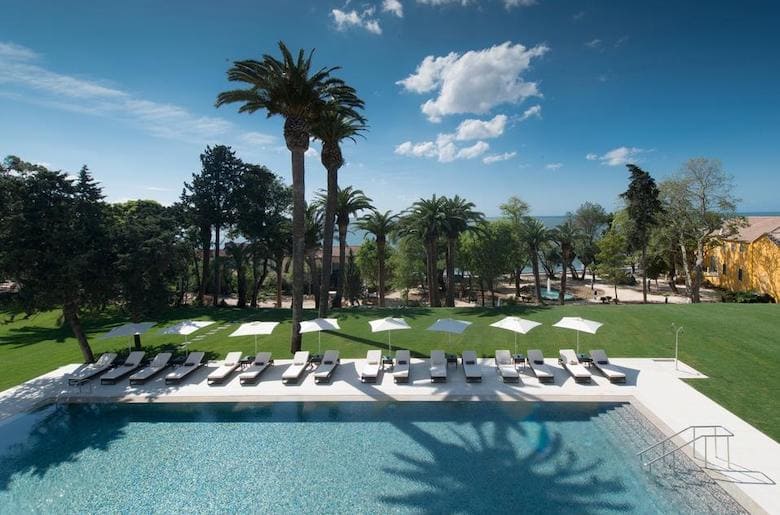 There are no hotels in Santo Amaro, but there’s this refurbished 15th-century palace just one train stop away. It features spacious rooms, indoor and outdoor swimming pools, and a spa offering a variety of treatments.