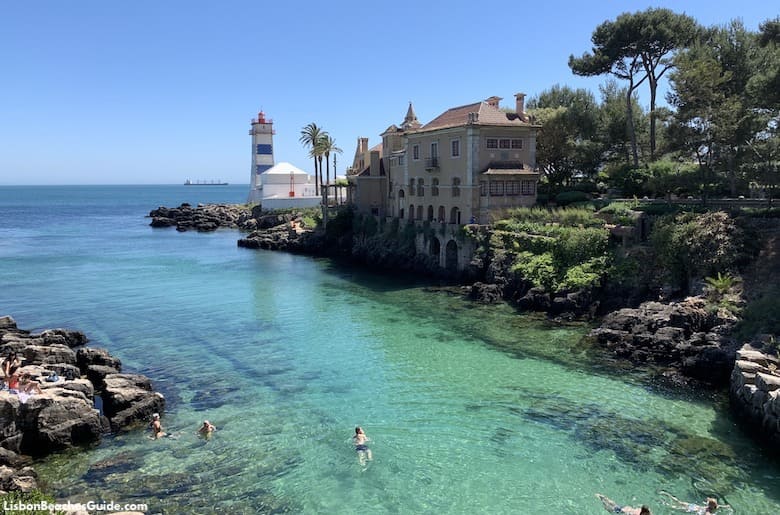 The first beach in the protected Sintra-Cascais Natural Park is formed by an inlet and is quite small, but its location between the Cascais marina and the Condes de Castro Guimarães Museum attracts tourists on the sunniest days. Due to the proximity of the boats, the water may not always be the best for swimming, but it’s crystal clear. There isn’t much sand on high tide (it’s mostly found by the palace of the Condes de Castro Guimarães Museum), but it’s quite a beautiful place, making it something of a fairytale beach and the most Instagrammable in Cascais. 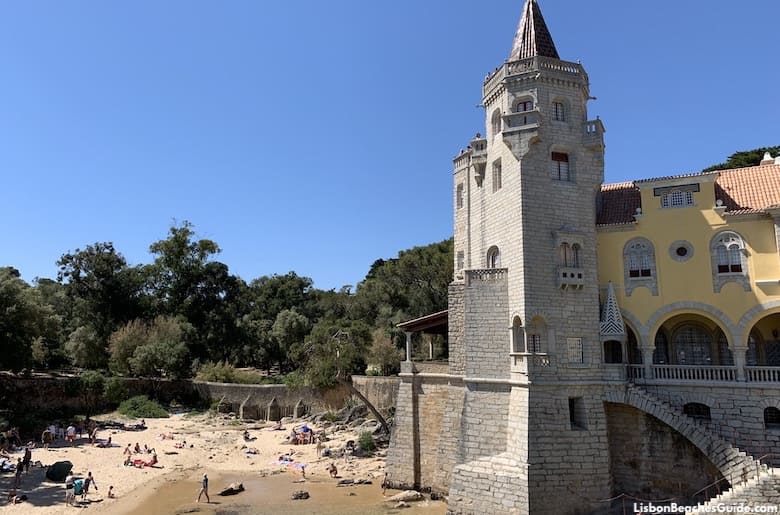 Local kids often get together to jump into the water from the rocks, as tourists watch or go for a swim.
A bike path starts here and follows the coast to Guincho, about 8.5km (5 miles) north, passing by Boca do Inferno on the way.

How to Get to Praia de Santa Marta


From Lisbon, take the Cascais train from Cais do Sodré station, which departs every 20 minutes. It reaches Cascais in 40 minutes, and this beach is just a 15 minute walk west from the station, by the Condes de Castro Guimarães Museum.
If you have purchased the Lisboa Card, you may ride the train for free.


Facing this beach are two of Cascais’ most beautiful attractions -- the Condes de Castro Guimarães Museum and the Casa de Santa Maria. There’s also the Santa Marta lighthouse, which offers a bird’s-eye view of Cascais from the top. 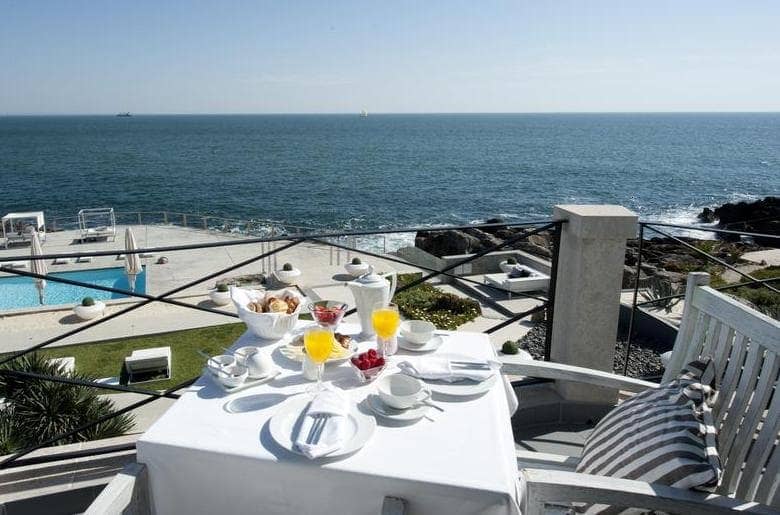 This hotel is just a few feet down the road from Santa Marta beach. It’s a design hotel in a renovated mansion, with stylish rooms decorated by some of Portugal’s leading designers. There’s a swimming pool, a bar and a restaurant right on the rocks by the Atlantic.