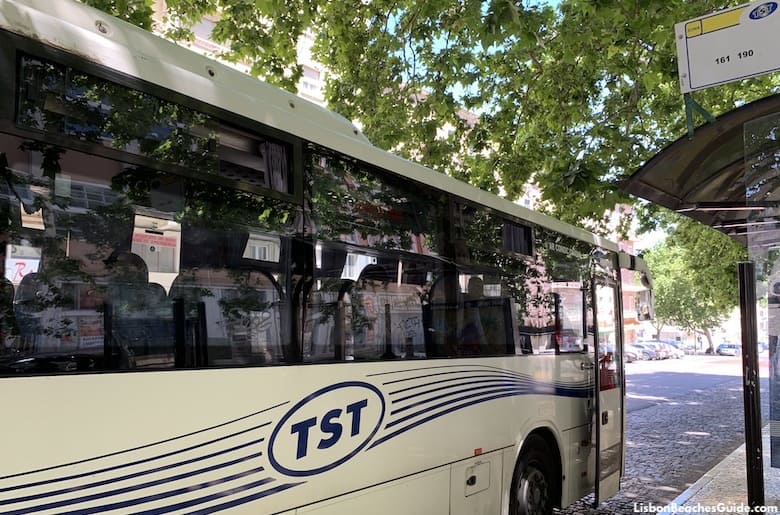 To reach Costa da Caparica from Lisbon, you can either drive across 25 de Abril Bridge or take a bus. There are buses departing from the Avenidas Novas district in Lisbon and from Cacilhas across the river: 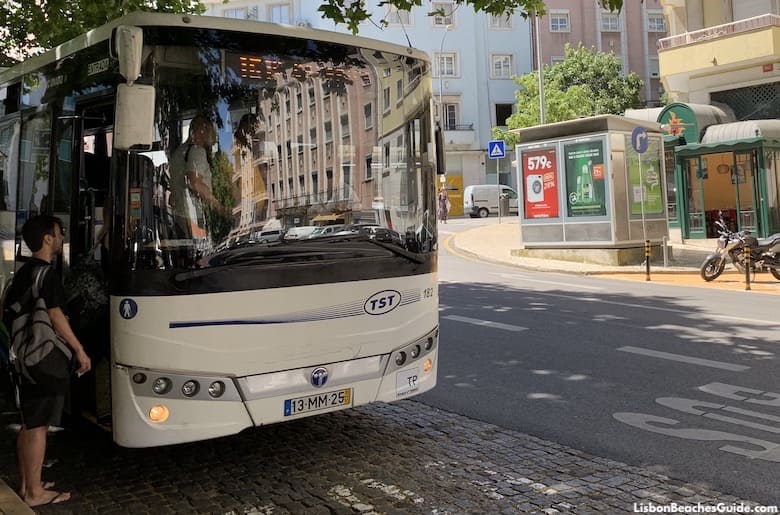 The stop of bus 161 on Avenida Padre Manuel de Nóbrega

The TST bus 153 departs from Sete Rios and number 161 from Avenida Padre Manuel da Nóbrega by Praça do Areeiro (take the metro to Areeiro on the green line, and follow the signs to “Comboios / Autocarros” out of the station). There’s also the more infrequent 155 departing from Parque Eduardo VII, by Praça Marquês de Pombal.
These buses end up at the same terminal, by Praça Padre Manuel Bernardes in the center of Caparica, about a 10-minute walk from the beach.
Bus 153 is mostly a seasonal service, departing every 60 or 30 minutes in the summer, so the 161 is a better option, as it operates throughout the year, every 20 or 30 minutes, depending on the time of day.
Depending on traffic, theses buses reach Costa da Caparica in 45 minutes. 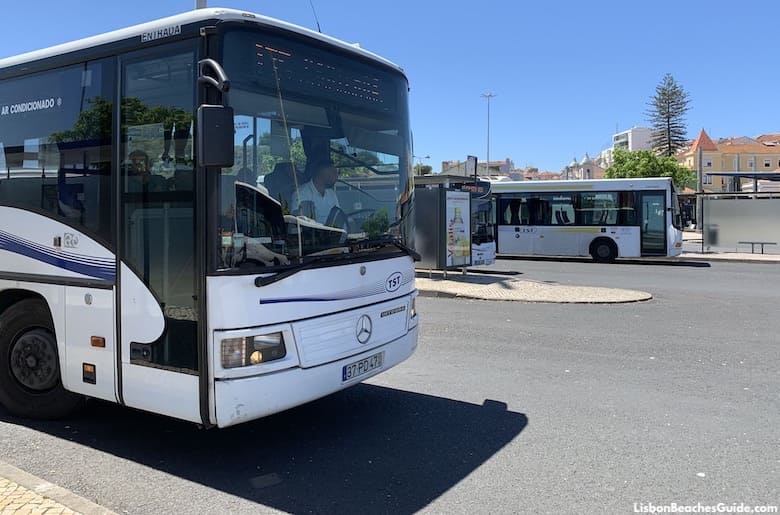 The stop of bus 135 in Cacilhas' bus terminal

Take the ferry to Cacilhas from Cais do Sodré station (just a 10-minute journey), and from there hop on TST bus 135 which departs every 20 or 40 minutes on weekdays and every hour on weekends. It takes about 25 minutes to reach its final destination in Costa da Caparica (the terminal by Rua Padre Manuel Bernardes).
Bus 124 also departs from Cacilhas to Costa da Caparica every 20 minutes. However, it makes several stops, so it only reaches its destination in 45 minutes -- take the faster 135 instead. 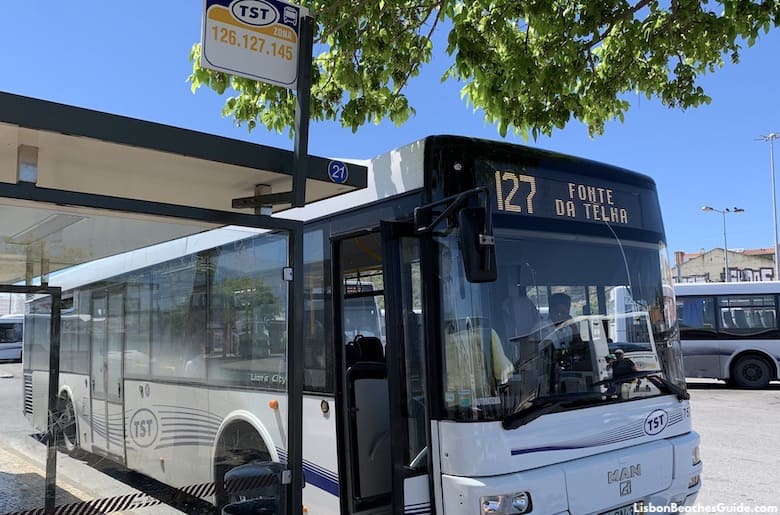 The stop of bus 127 in Cacilhas

Those who prefer to head straight to the beach of Fonte da Telha or the neighboring nude beach of Adiça or gay beach 19 at the southern end of Caparica, may take bus 127 which departs every hour and terminates right by the beach.
The stops for these buses are found to the left as you exit the ferry station in Cacilhas. You may buy tickets from the driver or from the ticket office.

INSIDER'S TIP: Taking the bus from Cacilhas instead of Lisbon has the advantage of avoiding the heavy traffic across the bridge, and you get to enjoy a panoramic view of Lisbon along the way. 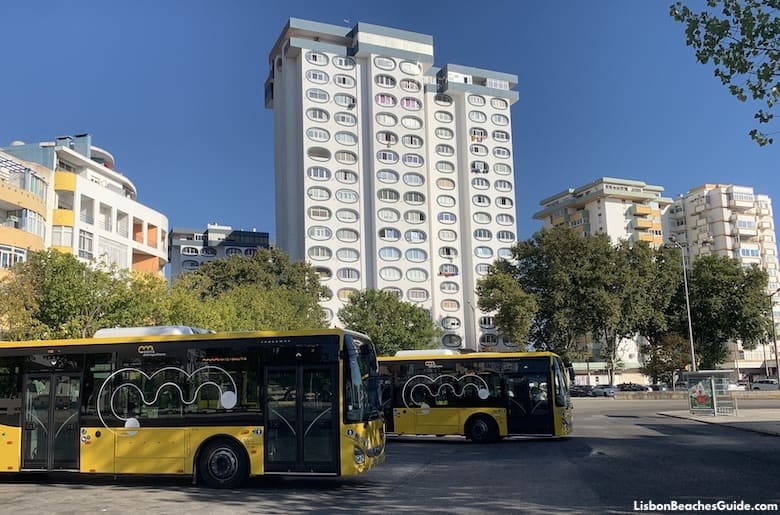 The bus terminal in Costa da Caparica, next to the town's tallest building, known as the Torre das Argolas.


The buses stop on Costa da Caparica’s main road before terminating at the station. The first stop is by the more crowded beaches in the center, from where you can walk to the more recommended beach of São João on the northern side of town. The better beaches (Praia da Rainha, Praia do Castelo, and Praia da Cabana do Pescador) are to the south, about a 30- to 40-minute walk from the station, following the coastal road and then walking along the shore. To avoid the walk, take the tourist train (see below) or call an Uber. The trendier and more deserted beaches on the southern end of the coast (Praia da Morena, Praia da Sereia, Praia 19) are not within reasonable walking distance from the center of town.


As the buses leave you in the center of the town of Caparica, you have to either go for a long walk along the shore to the better beaches to the south, or take a tourist train (the “Transpraia”) that goes down the coast (operating in the summer only). It stops at every beach all the way to Fonte da Telha. For complete details, see the Transpraia train guide.