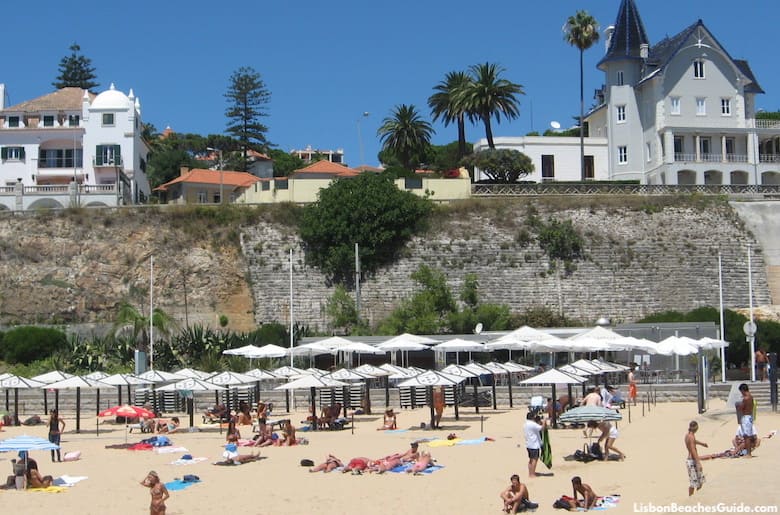 This beach is also known as Praia da Rata and is essentially the border between Cascais and Estoril. Its small strip of sand attracts fewer sunbathers than its neighbors, but it has a seawater swimming pool (the “Piscina Oceânica Alberto Romano”) that delights children and teenagers (it’s always open and free, so it’s a good spot for families). 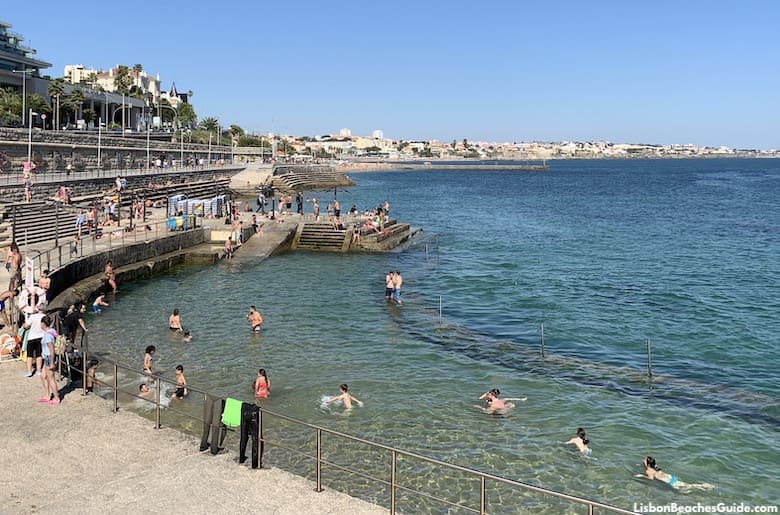 The sandy part is on the eastern side, while the pool is on the western side, just a short walk from Praia da Duquesa. The pool is overlooked by a huge ultra-modern glass building from 2010, designed by Gonçalo Byrne, one of Portugal’s leading architects. It was quite a controversial building, for its architecture and for the multimillion-euro cost of each apartment. Next to it stands the Cascais Miragem Hotel (see hotels below), and a trio of palatial residences. 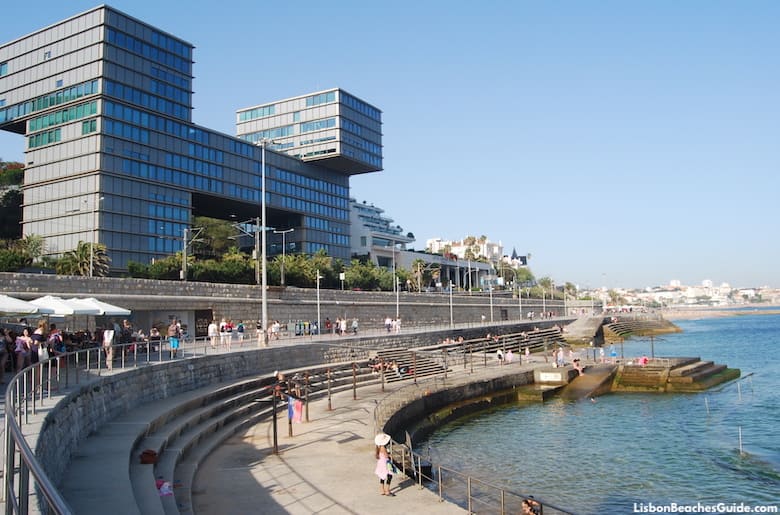 A huge, modern (and controversial) apartment building stands over the beach.

This beach has pull-up bars and other workout equipment, plus a restaurant with outdoor seating facing the sea. 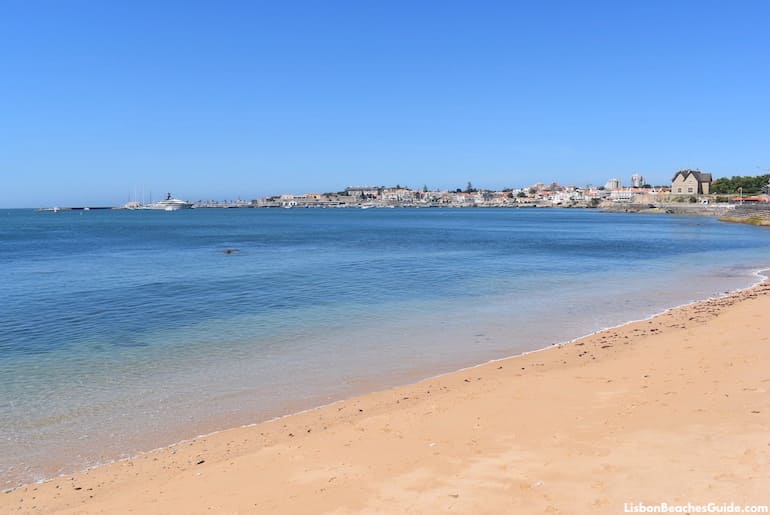 The sea is usually calm at Praia das Moitas.

How to Get to Praia das Moitas


This beach is equidistant from the train stations of Estoril and Cascais. If you’re coming from Lisbon and want to go straight to this beach, get off the train in Monte Estoril; if you’re in Cascais, walk along the seafront for about 10 minutes.
Trains from Lisbon to Cascais (stopping in Estoril and Monte Estoril) depart around every 20 minutes from Cais do Sodré station. If you have purchased the Lisboa Card, you may ride the train for free.


Walking west you reach the beaches of Duquesa and Conceição in Cascais, while to the east you have the famous beach of Tamariz and Casino Estoril, plus the other beaches of Estoril -- Praia da Poça and Praia da Azarujinha. 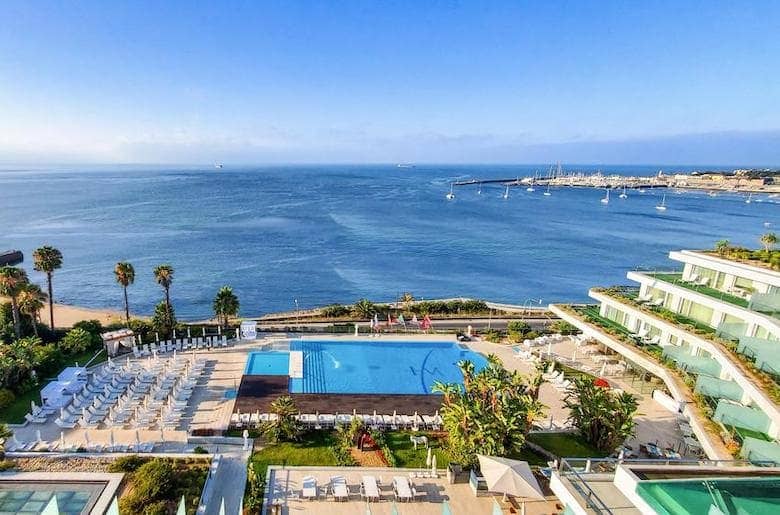 Standing above Praia das Moitas, this 5-star hotel features an infinity pool, an excellent spa and gym, and two restaurants. Many of the rooms have floor-to-ceiling windows and sea views. 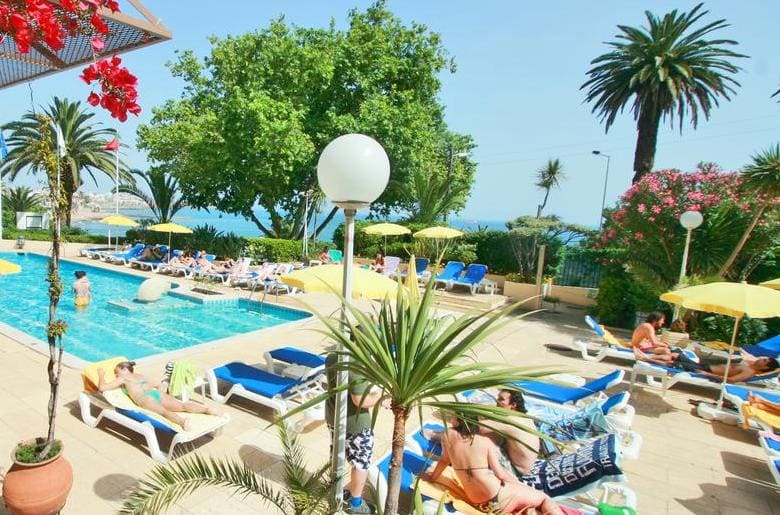 Located on a hilltop across the road from Praia das Moitas, this 4-star hotel has spacious rooms with balconies, some of them facing the Atlantic. There’s an indoor and outdoor swimming pool, and a gym overlooking the pool area.