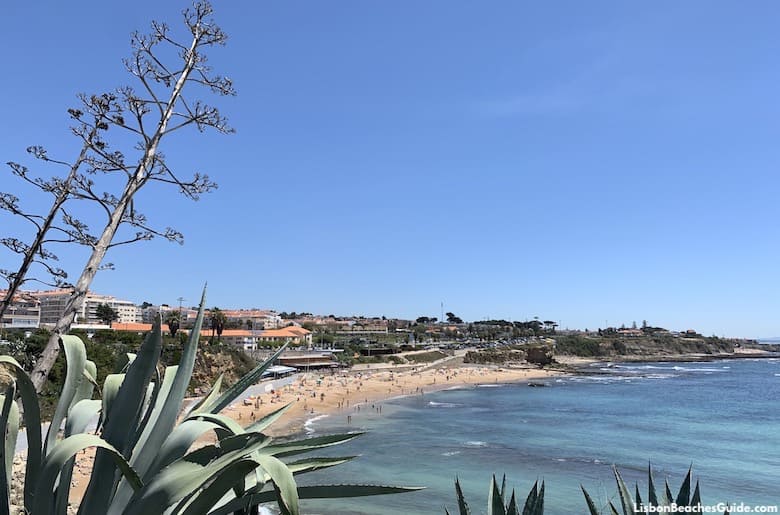 It’s mostly a beach for those who live nearby, but it can be a quieter alternative to the beaches closer to the center of Estoril and Cascais. Its narrow strip of fine sand leads to a rocky shore, which creates a series of tidal pools when the ocean recedes at low tide, attracting people of all ages, but especially children and teens. 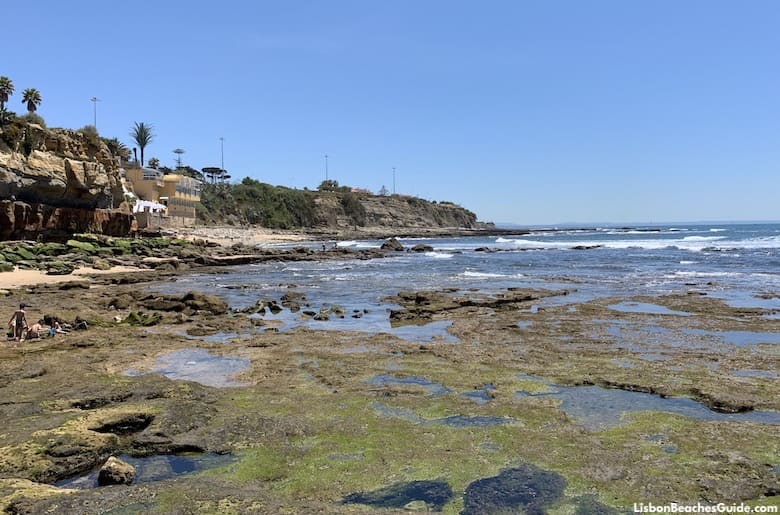 Tidal pools are often formed on the rocky shore

The water is clean, clear and often calm in the summer, but it’s not unusual to see surfers on the days when the waves are stronger in the autumn and winter months (this was actually one of Portugal’s first surfing beaches). 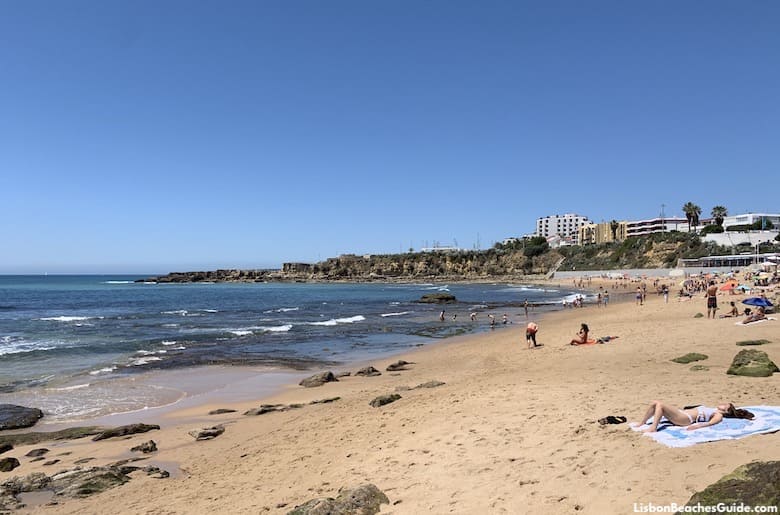 This is a quieter beach than those further up the coast, by the center of Estoril and Cascais

The café with outdoor seating right above the beach is open throughout the year, and is a good spot for a drink or a bite to eat with sea views. 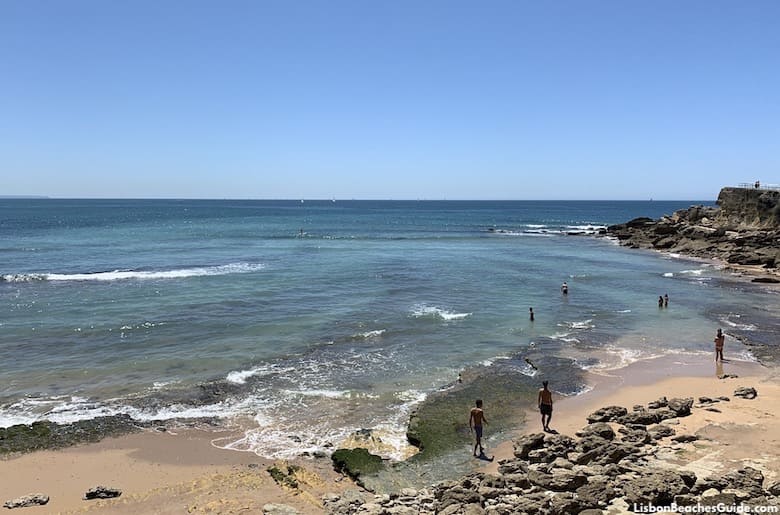 Although the sea is usually calm in the summer, it can have good surfing waves in the autumn and winter

How to Get to São Pedro do Estoril Beach


There is a parking lot above the beach, but that’s mostly used by locals. Tourists arrive by train, exiting at the station of São Pedro do Estoril (the beach is just a 5-minute walk from the station). The trains depart from Lisbon’s Cais do Sodré station every 20 minutes to Cascais, stopping at São Pedro do Estoril in 31 minutes. If you have purchased the Lisboa Card, you may ride the train for free.


Unless you don’t mind walking up the road for 25 minutes to Praia da Azarujinha, there aren’t any attractions around São Pedro do Estoril. You’re better off taking to train to Cascais from here, which is a short 8-minute ride away (there are trains every 20 minutes). 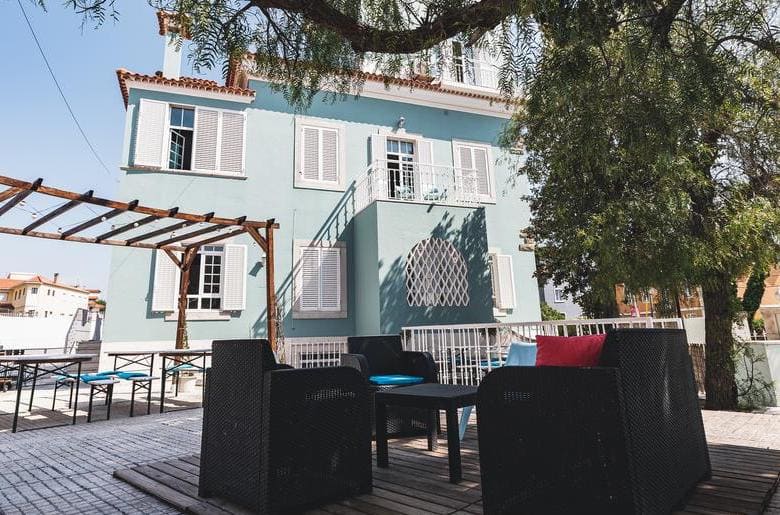 There are no hotels in São Pedro do Estoril, but there’s this attractive property nearby, just one train stop away. It provides budget accommodation in a renovated villa, divided into dorms, suites, and standard rooms with shared bathrooms.