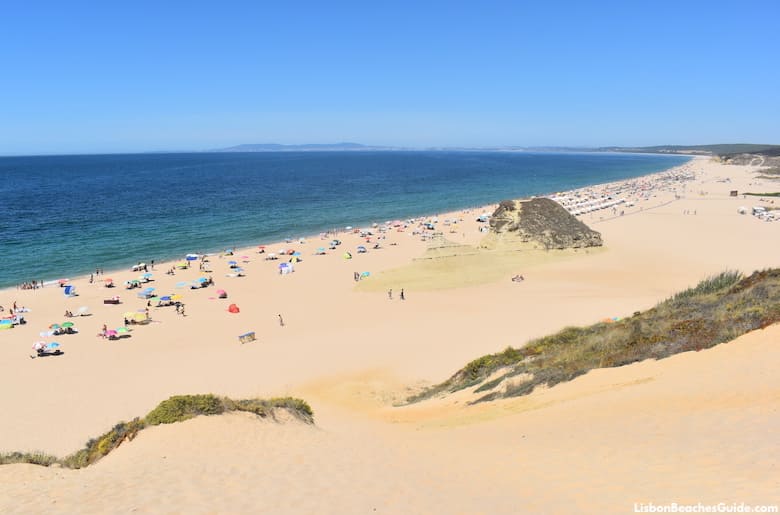 Aldeia do Meco is a small village with a famous beach officially named Praia do Moinho de Baixo, but known as Praia do Meco (“Meco Beach”). “Moinho de Baixo” literally means “Lower Windmill,” but there are no windmills in sight. This is a rather wild beach, surrounded by dunes and protected by cliffs and a pine forest. In the 1980s it became Portugal’s first nude beach (although only officially so in 1995). 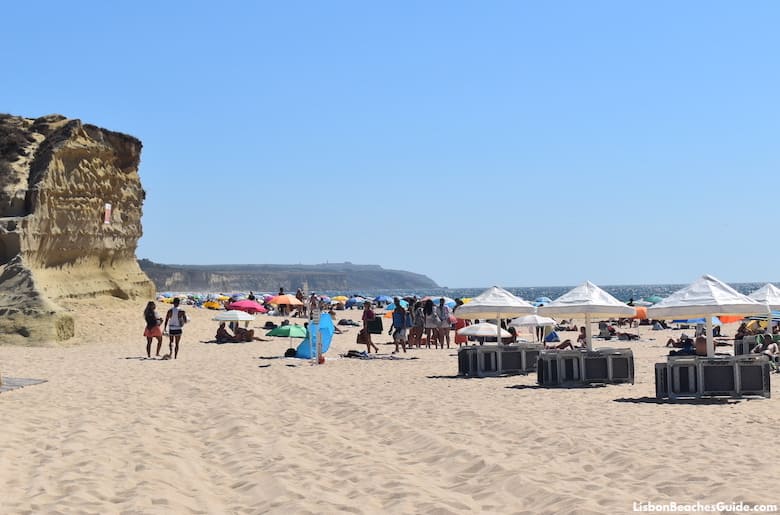 It has become one of the trendiest on the Lisbon coast, with a very popular bar-restaurant facing the sea, attracting Lisbon’s bohemians even outside bathing season.
The often-rough sea isn’t very inviting for swimming, but the fine sand and the beautiful surroundings make it a wonderful beach for sunbathing (with or without your bathing suit). The nude section is located on the southern end, away from the bar (walk to the left when facing the sea). 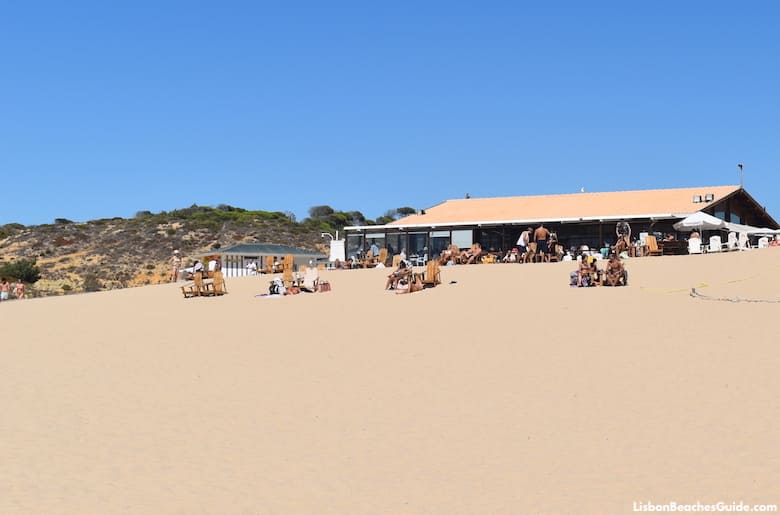 The beach bar and restaurant attracts Lisbon's trendiest and bohemian

Nearby (walking south for about 3km/2miles or just a few minutes’ drive away) is Rio da Prata, another official nude beach. If you’re driving, follow the signs to Praia das Bicas, park above the beach, and go down the steps to the sand. The nude section and Rio da Prata is just a short walk back north. 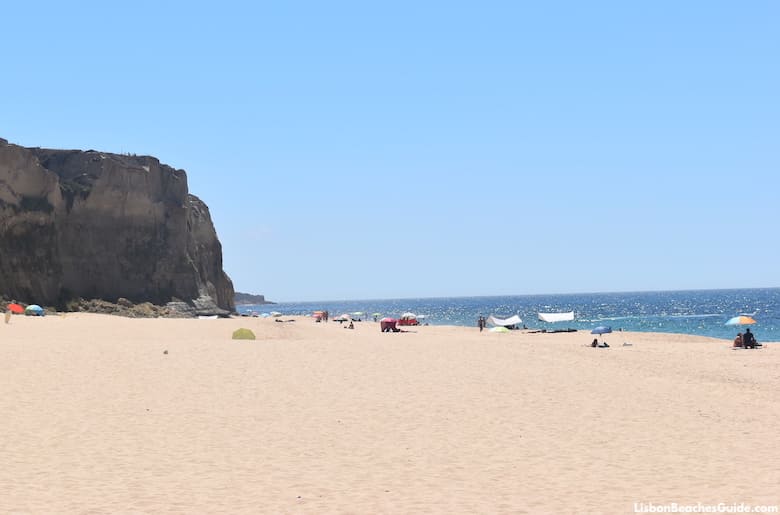 Rio da Prata is another official nude beach nearby

How to Get to Meco Beach


Meco is located 40km south of Lisbon. As there’s no public transportation, you’ll need to rent a car. Take highway A2 and exit to Sesimbra. Follow road N378 in the direction of Alfarim, then take road N377 in the direction of Aldeia do Meco (you'll eventually see signs for the beach, "Praia do Moinho de Baixo"). There’s parking by the beach.


If you’re driving, you can be at the mystical Espichel Cape to the south in about 25 minutes. The popular beaches of Sesimbra are about 20 minutes away.


There are no hotels in Meco, but there’s a number of highly-rated guesthouses: Meco Accommodation

Beaches on the Southern Coast